Is it Worth Getting Angry over those Cartoon Birds? 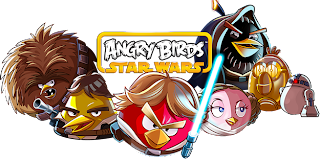 Star Wars has had many ‘mash ups’ over the past few years. To name just a few, we have seen Disney characters, the Muppets, M&M’s, Family Guy and Mr Potato Head. Now, Lucasfilm have announced a partnership with Rovio Entertainment who are producing a Star Wars Angry Birds app, with fully licensed product support. Is this a cross-over too far, or a brilliant way of combing Star Wars with a current craze? 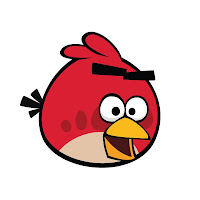 The Angry Birds game has enjoyed unprecedented success with iPhone users downloading the app like crazy, and in the past couple of years has rolled out licensed merchandise to support the game. When speaking to the owner of an independent toy shop, he told me two Septembers ago that he was ordering big on the new Angry Birds board game. As a life-long Star Wars fan, I commented that it was depressing that hot toys would now be based on simple time waster games rather than high quality stories like Star Wars. He argued that the modern generation seek their entertainment, and what they want to buy products based on, through games on their phones and YouTube videos. I find it rather depressing to say he was, and is, probably right. For many people, this is fine and just some sort of progress. For me, it is depressing that something as simple as a silly cartoon game is equated with films and TV programmes that require years of collaboration between hugely talented people.

So with that background in mind, it seems a little bit disheartening to see that Angry Birds will be releasing a Star Wars themed version of the game, and that there will be a huge product launch to go with it. Lucasfilm have clearly calculated that getting into bed with another huge licence will be profitable and successful for both parties. It possibly will. But how far is the Star Wars brand going to be diluted to the point that the original films that spawned all of these spin-offs, mash-ups and parodies become lost in the endless imitations of them? 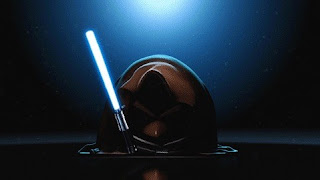 I am absolutely fine with the LEGO Star Wars video games. These played on fans’ knowledge of the films to have fun by putting comical twists on Star Wars scenes. The LEGO mini-figures were playing the characters from the films, albeit sillier versions. These relied on the actual Star Wars stories to work. But this idea that the Angry Birds are inhabiting their own versions of the Star Wars characters is more than a little disconcerting. 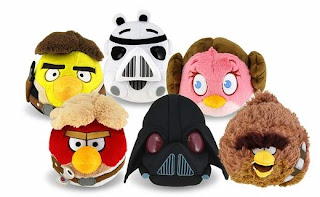 “As casual games grow as a category and mobile devices grow as an interface, it’s going to become more important for us in the future,” says Paul Southern, vice president of licensing and consumer products marketing at LucasFilm. (Rovio also just launched Bad Piggies). “Our partnership with Rovio helped us to understand a little bit more about how they achieved that success.” FastCompany

What it really suggests is that Lucas Licensing is being giving freer rein than ever to push Star Wars further and further. Of course Lucas Licensing, as a department, is there to milk as much money from the franchise as possible. But the size of the launch of this thing smacks of opportunism at the expense of what makes a good brand fit. There is no particular synergy between Star Wars and Angry Birds, other than them both being vast licensed product opportunities. None of us expect Lucas Licensing to behave like a charity, but there is a reason the approval process there used to be so tight. To ensure that Star Wars maintained a certain status and longevity that questionable products and decisions could undermine. 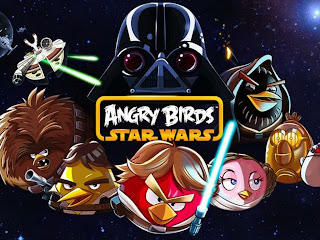 Yikes this is a negative tone for a new blog, but I find it hard to muster any enthusiasm for this new announcement. Apologies for that. Perhaps it’s an imagined and idealised world that I remember, when Lucas Licensing was there to support Lucasfilm and increase revenue by selling lots and lots of products based on the films they made. Now, as Lucasfilm seems to be becoming more opportunistic and more willing to dilute the Star Wars brand, I get the feeling that many decisions are made to support the licensing side of the business. I hope that a time does come when Lucasfilm decide to tighten things up again and slow down on the constant Star Wars onslaught, but with the bearded one departing the future is less certain than ever.
Posted by Graham at 6:00 PM

Email ThisBlogThis!Share to TwitterShare to FacebookShare to Pinterest
Labels: angrybirds