The Force is Strong in Manchester 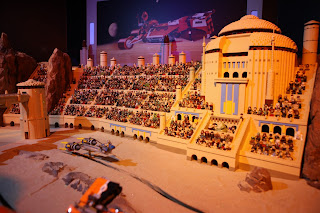 Star Wars Miniland continues to spread to every corner of the galaxy, as the LEGOLAND Discovery Centre in Manchester will launch an interactive display of models based on The Phantom Menace. Read on for more information on the latest addition to the indoor attraction.

Straight from the LEGOLAND Discovery Centre:

STAR WARS™ legend is set to take over Manchester for five months as part of the Trafford Centre attraction’s brand new feature. 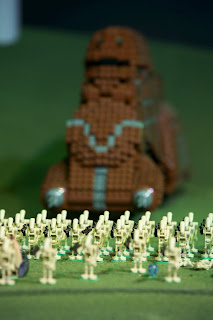 From the rolling hills of Naboo, with its ancient domed city and cascading waterfalls, to the treacherous terrain of the desert planet of Tattooine, the incredible landscapes of Star Wars Episode 1: The Phantom Menace will be recreated using LEGO bricks forming some of the most stunning displays the Manchester LEGOLAND Discovery Centre has seen since opening in March 2010.

The pop-up walk-through LEGO® Star Wars™ MINILAND Model Display will offer an intergalactic immersion into the sights and sounds of this the first in the film franchise.  Built-in games will offer hands on fun for even the youngest of Padawans who can take part in a thrilling Podrace with the young Anakin Skywalker and help defeat the evil Droid Army in the ‘Droid Destruction’ game. 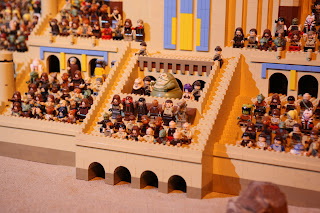 The display will be open to the public from Friday 1 February until Sunday 2 June and will be celebrated with a weekend of Star Wars Days complete with activity including:
• A meet and greet with members of the Star Wars UK garrison
• Win prizes and giveaways 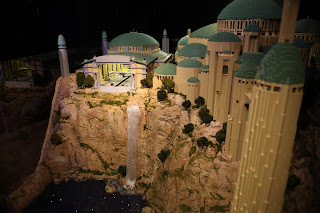 The attraction already features a North West MINILAND, built from more than 1.5 million LEGO bricks, bringing the local area to miniature life with iconic buildings such as the Trafford Centre, Blackpool Tower and the city’s famous football grounds along with moving airships, trains and trams. 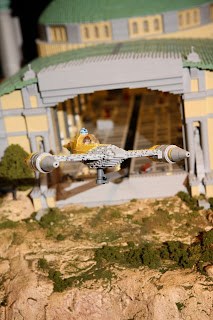 Located in Barton Square at The Trafford Centre, the LEGOLAND Discovery Centre is made up of a series of interactive features to immerse kids into a world where their imagination can run wild with creative inspiration at every turn.

Featuring a whole host of exciting attractions from the Kingdom Quest ride to the LEGO CITY Forest Pursuit driving adventure ride complete with battery powered off road vehicles, the Centre not only provides fun for LEGO fans young and old, but fantastic educational benefits too.


Stay tuned to All About Bricks for more updates on the LEGOLAND Discovery Centre in Manchester and of course the LEGOLAND Windsor Resort.

Click here to visit the LEGOLAND Discover Centre website.
Click here for All About Bricks coverage of a previous Star Wars days event.
Posted by Graham at 5:00 PM