What would Zack Snyder mean for Star Wars? 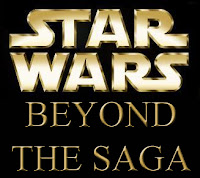 The news that Zack Snyder is working on a Star Wars project was crushed before it had even done the rounds. But it reminded everyone what the announcement about a new Star Wars film every 2-3 years meant… the possibility of films beyond the core Saga. What impact could various, possibly high profile, directors have on Star Wars?


The initial rumour reported by Vulture, which was debunked quickly by Zack Snyder’s people, was that the director was working on “an as-yet-untitled Jedi epic loosely based on Akira Kurosawa’s 1954 classic Seven Samurai, with the ronin and katana being replaced by the Force-wielding knights and their iconic lightsabers.” Zack Snyder’s visual style doesn’t immediately match up with the classic look of the Star Wars films, with films such as 300, Watchmen and Sucker Punch on his resume. But does that exclude him from the world of Star Wars?

If these new films beyond Episodes VII- IX will deviate from the core Saga, and tell side stories, then could they have a more individual style? It doesn’t seem to make much sense to hire an established director if they are going to be expected to direct in the exact same way as those that have gone before them. Star Wars has shown in the past that not every story has to be in the exact same genre, although this doesn’t always see a favourable reaction from fans.

The Ewok movies, for example, are definitely more rooted in 1980s fantasy than the style of the Star Wars movies. The first chunk of The Clone Wars Season 2 met grumbles from fans as the crew experimented with different genres for the episodes, with some questioning when there would be an episode of The Clone Wars in the style of Star Wars. This suggests that fans have a certain expectation of what a Star Wars adventure should be. 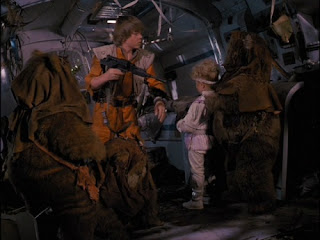 The most sensible route it seems for Lucasfilm to take is to keep Episodes VII-IX in the traditional style of the previous films, and then make films about spin-off characters more stylistically open. That way the integrity of the core story would remain, and if the odd side story was a bit of a mis-fire then so be it. It is a fine balance to find between offering fans something different, but ensuring it remains identifiably Star Wars. This has been done well in the Dark Horse comic books over the years, where the stories can range from silly humour to quite dark, mature tales. 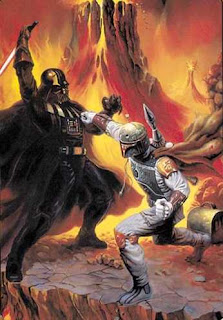 With the variety of characters and worlds available it would seem a shame not to mine them for new stories, especially if the correct character could be matched to a director’s style and sensibilities. The next hint at how much elasticity the concept of Star Wars has will be revealed when the new animated series Detours hits, and fans can judge whether the form has been messed with too much fir it still to feel like Star Wars.

No doubt fans will disagree on how close the style of Star Wars should adhere to George Lucas’ films, and whether future artists should be maintaining that feel or stamping their own personality on it. As for Zack Snyder, he will get the opportunity this Summer to demonstrate whether his style can mesh with an existing property in Man of Steel, which will no doubt affect to what extent he is on Lucasfilm’s radar.
Posted by Graham at 10:15 PM